Joined 10 d ago
·
6 Posts
Being new to the breed, I'd like your opinions on how my puppy is likely to evolve, in term of general structure and weight.
I know that Bullies are known for "popping up" between 1 and 2.5yo, but I've never experienced it first hand. My female AST back in the late 90s / early 00s never "popped up", she gained weight and muscle very steadily over her first 18 months and her weight / look barely changed from there. She was crazy active though, which might explain the steady development, and she was a game dog, not a show queen (daughter of a female AST who performed very well in Agility competitions at a European level).

Don't hold anything back, I've very aware that Tiger won't win shows anytime soon, he's pet quality and on top of that, I won't say that he was the runt of the litter but he def wasn't the first pick either...There were some nicer pups to pick but my wife and I were firm on our choice (well, mainly my wife lol) because he had this spunky personality that was making him stand out. 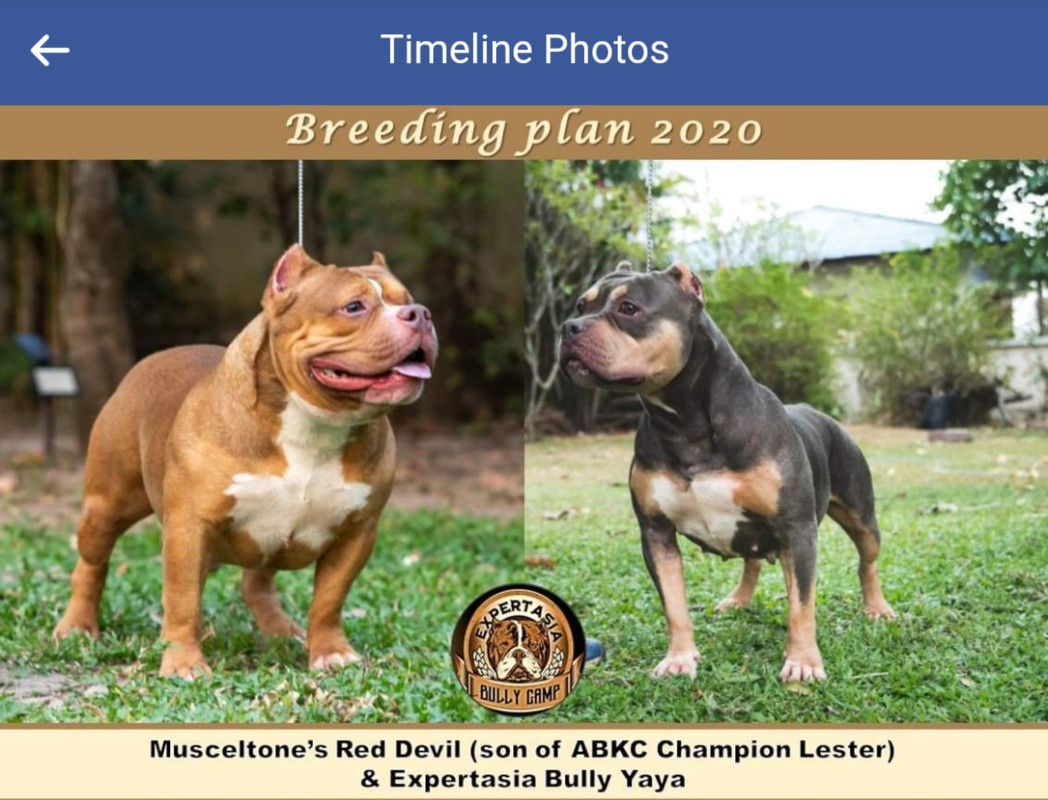 Yeah, I know, the father isn't Muscletone's best ouput ...The breeder has another MT's stud in his program (from the same parents than Red Flame BTW) that looks much better, but I like Yaya, I think she has a good structure and my bet was a puppy with his Mom's structure but with some Dad's thickness. BTW Yaya is just above Standard, Red Flame is pocket and Tiger will def stay at a pocket size.

Tiger's at the breeder, two weeks before joining the family, 2.5mo: 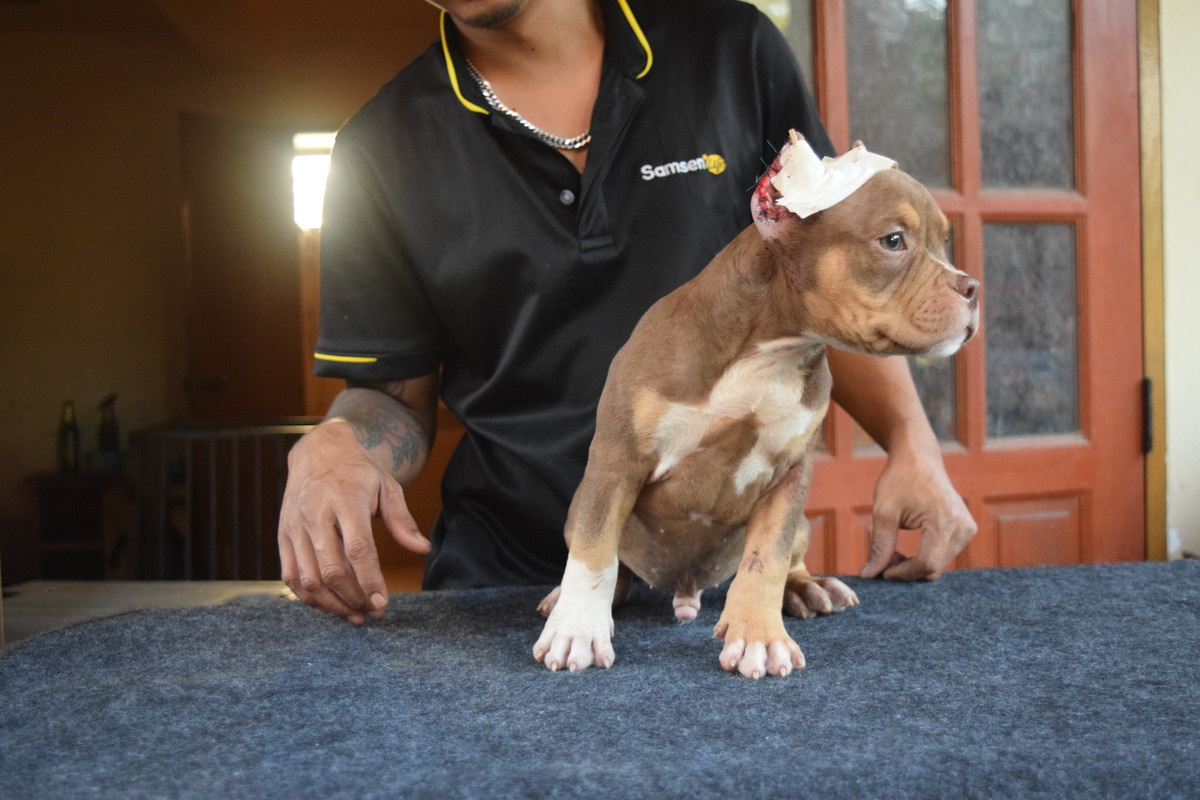 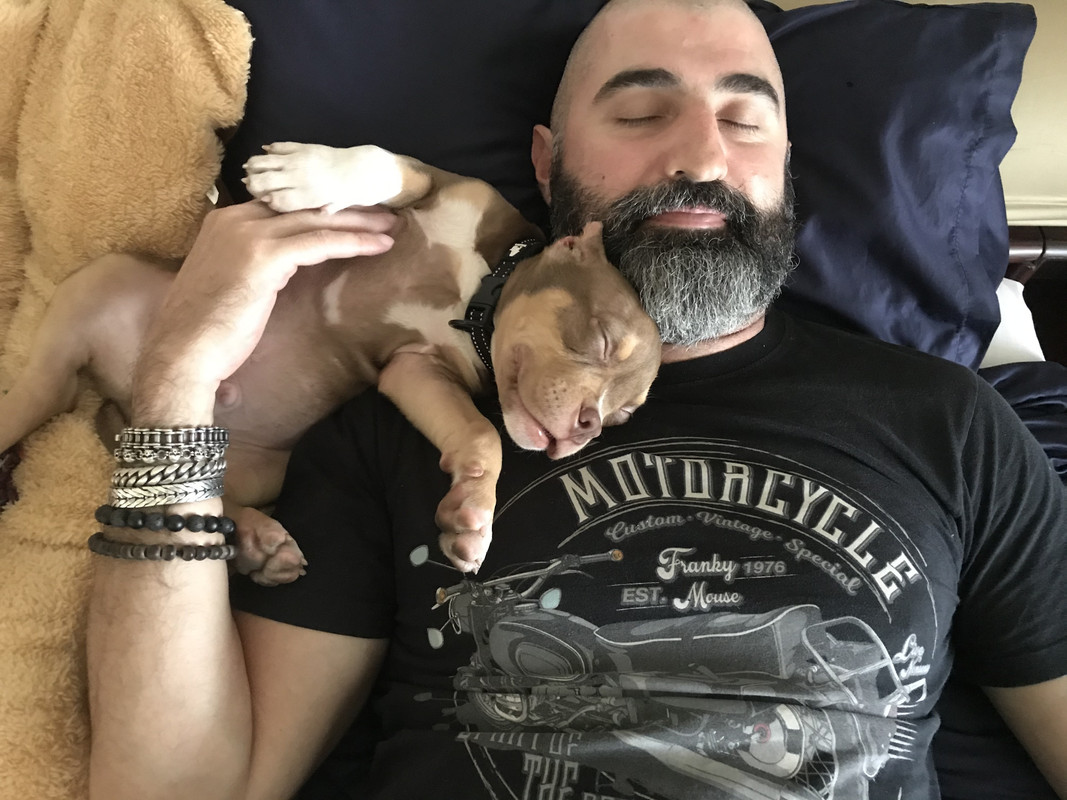 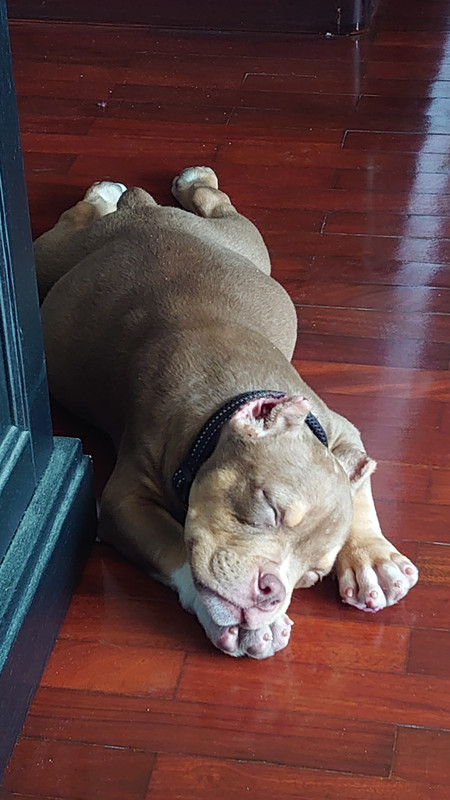 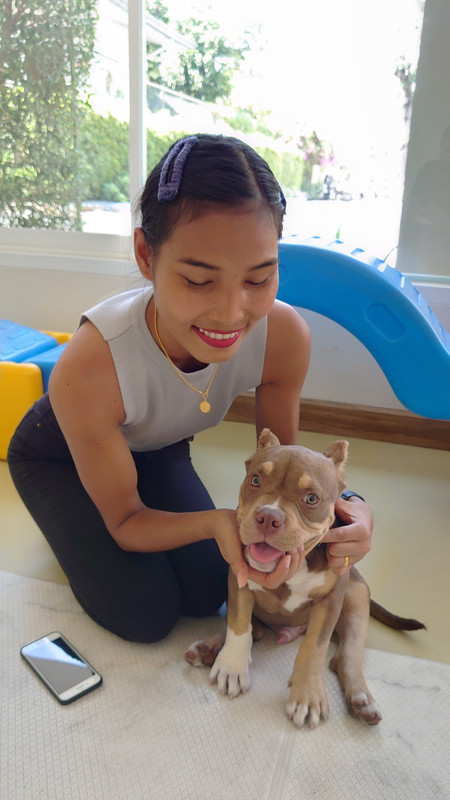 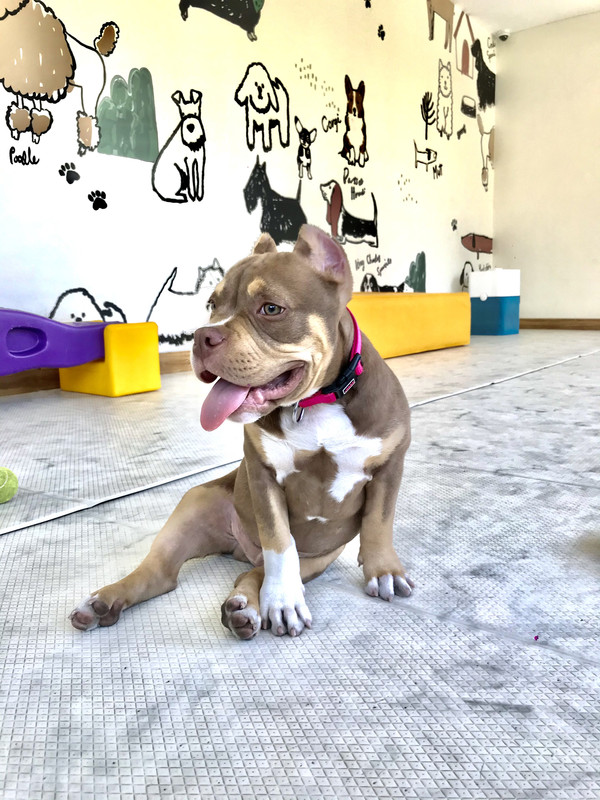 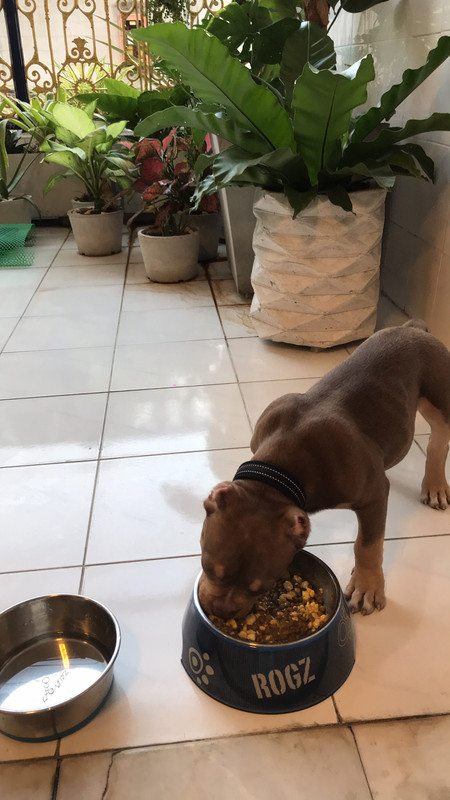 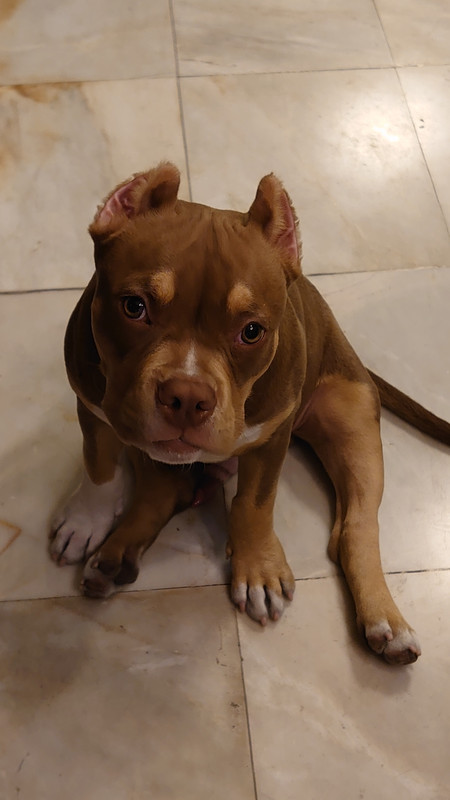 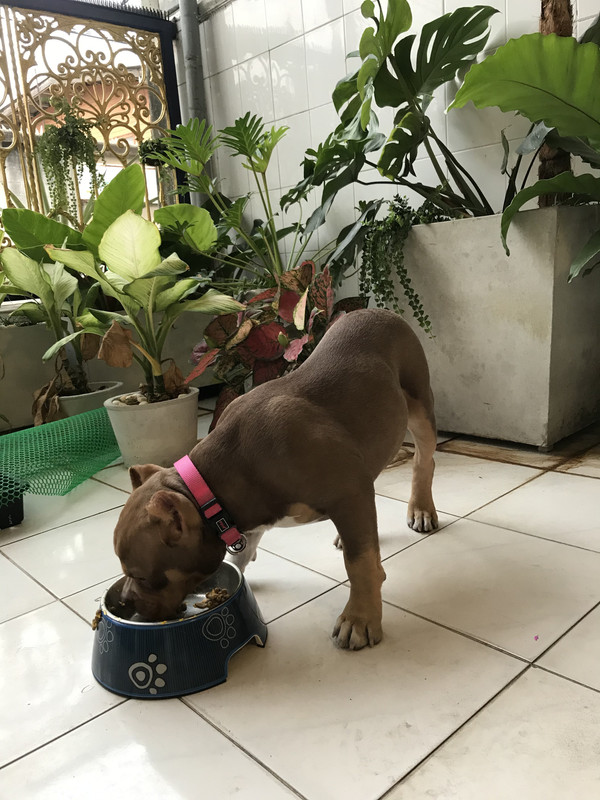 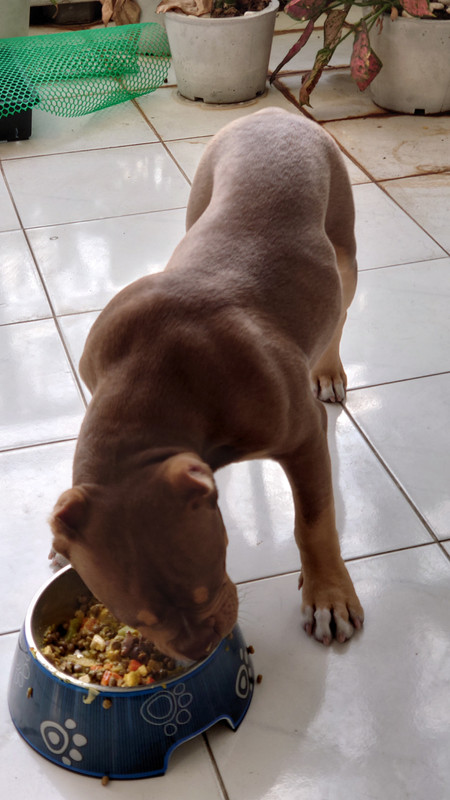 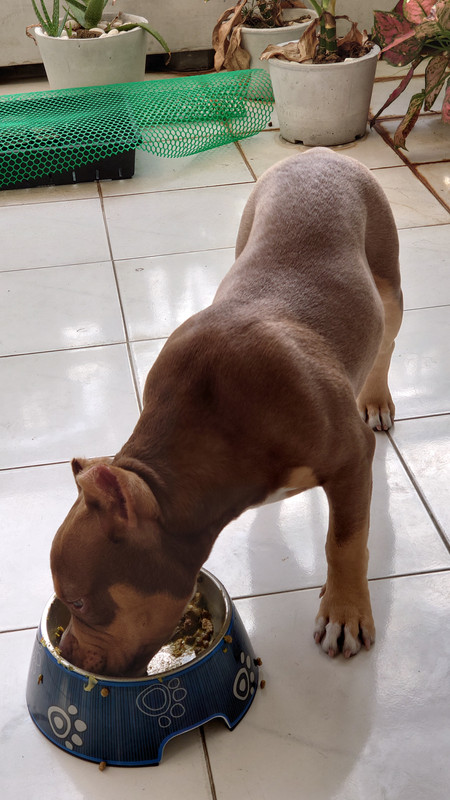 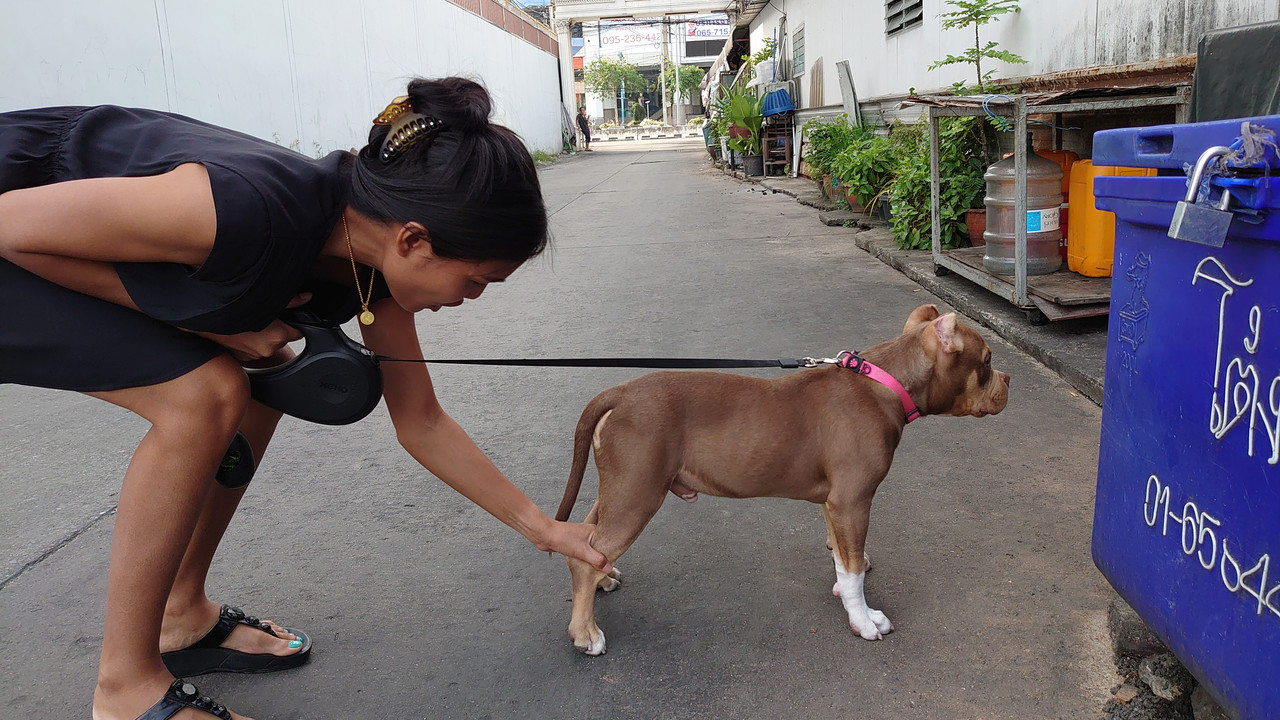 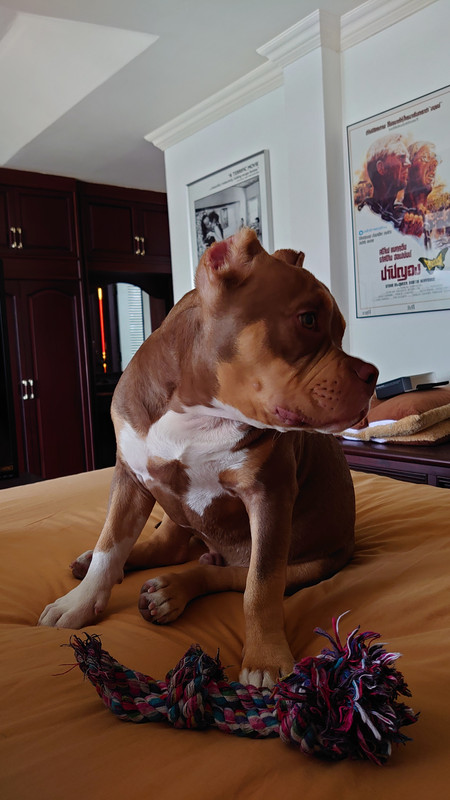 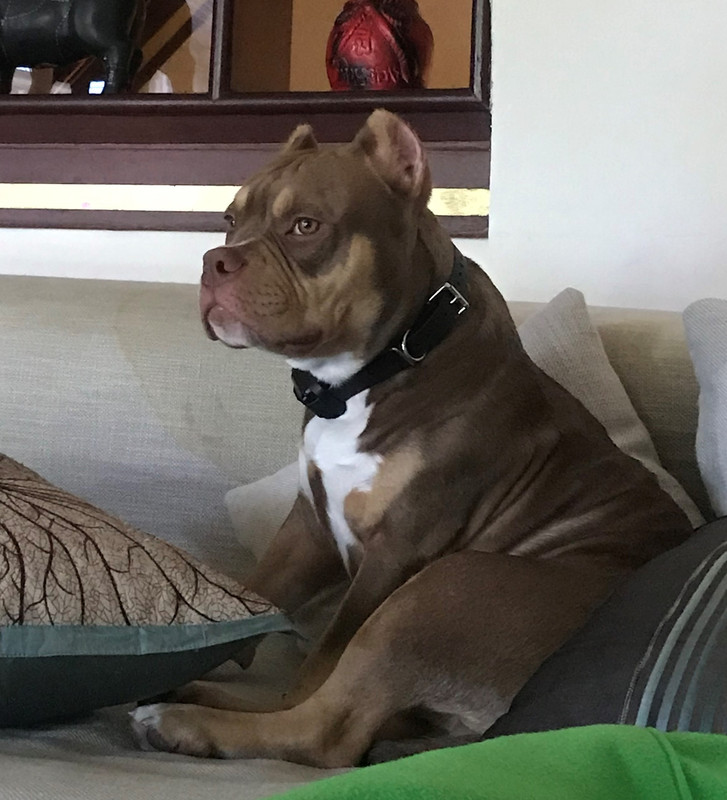 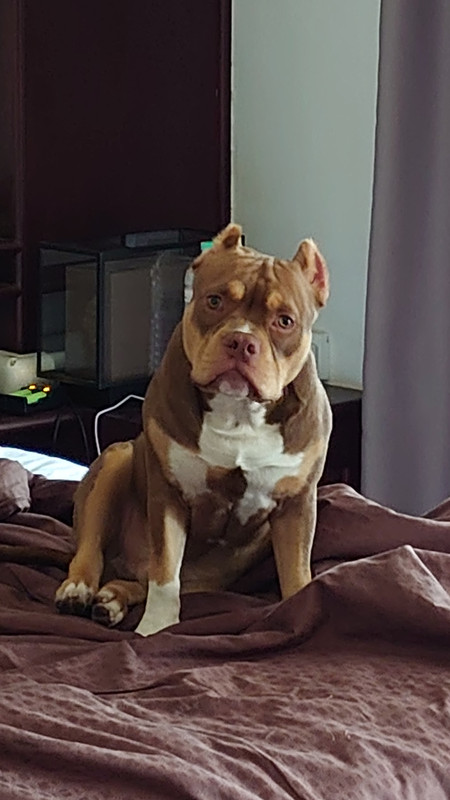 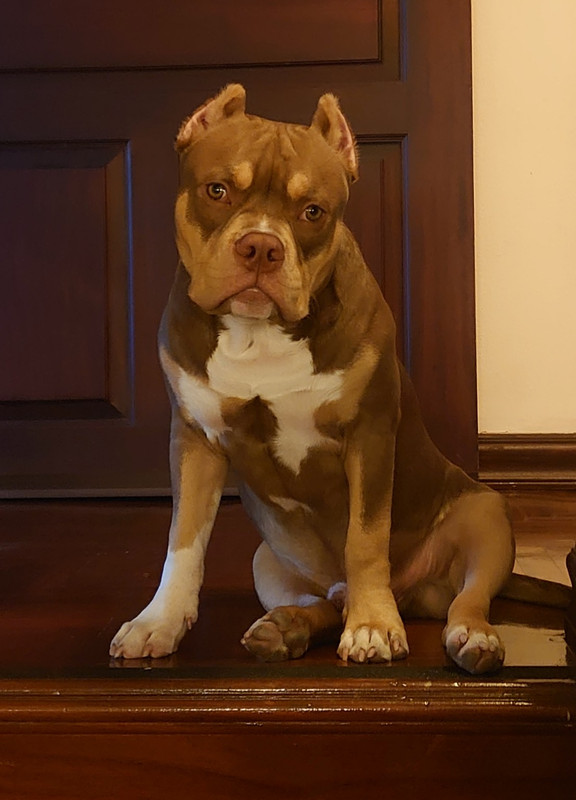 And a couple of vids I shot at the Dog Park today:


What do think? My gut feeling, based on previous XPs with other breed, is that he won't grow that much from there, pretty much zero in height and 5kg/11lbs tops in weight, but as mentioned above I have zero personal XP with this breed. Sure thing is that I really don't see him becoming a 35kgs / 77lbs mass monster, which I'm totally fine with BTW, I'm just trying to picture him in 12-18months from now

Joined Jan 31, 2013
·
5,332 Posts
Tiger is stunning looking and has a great body. Love that sweet face on him. Thank so much for sharing those woderful pictures with us Leiurus.

jttar said:
Tiger is stunning looking and has a great body. Love that sweet face on him. Thank so much for sharing those woderful pictures with us Leiurus.

Many thanks Joe.
I think his Mom genes helped to fix his topline, his Dad's has a pretty pronounced high rear IMO.
No E/W to be seen so far. I don't think he will ever get a massive head, I hoped he would lean towards his Mom side but looking at how he evolved, I think he'll get the thick neck / small head of his Dad.
He's super laid back, border line lazy I would say . But he has been, so far, a very easy dog: potty trained quickly, didn't destroy / chew anything, isn't very vocal, etc...The only thing we really need to work on is his attention, his obedience is very good when we are the only people around, be it at home or outside, but should a distraction appear and it's all gone. He's a bit tricky to train because very few things motivates him :-/

Joined Jan 31, 2013
·
5,332 Posts
Yea, makes it easier when they are motivated by a toy or treat but sometimes the praise and kind words are all you need.